Self Care Made Simple. 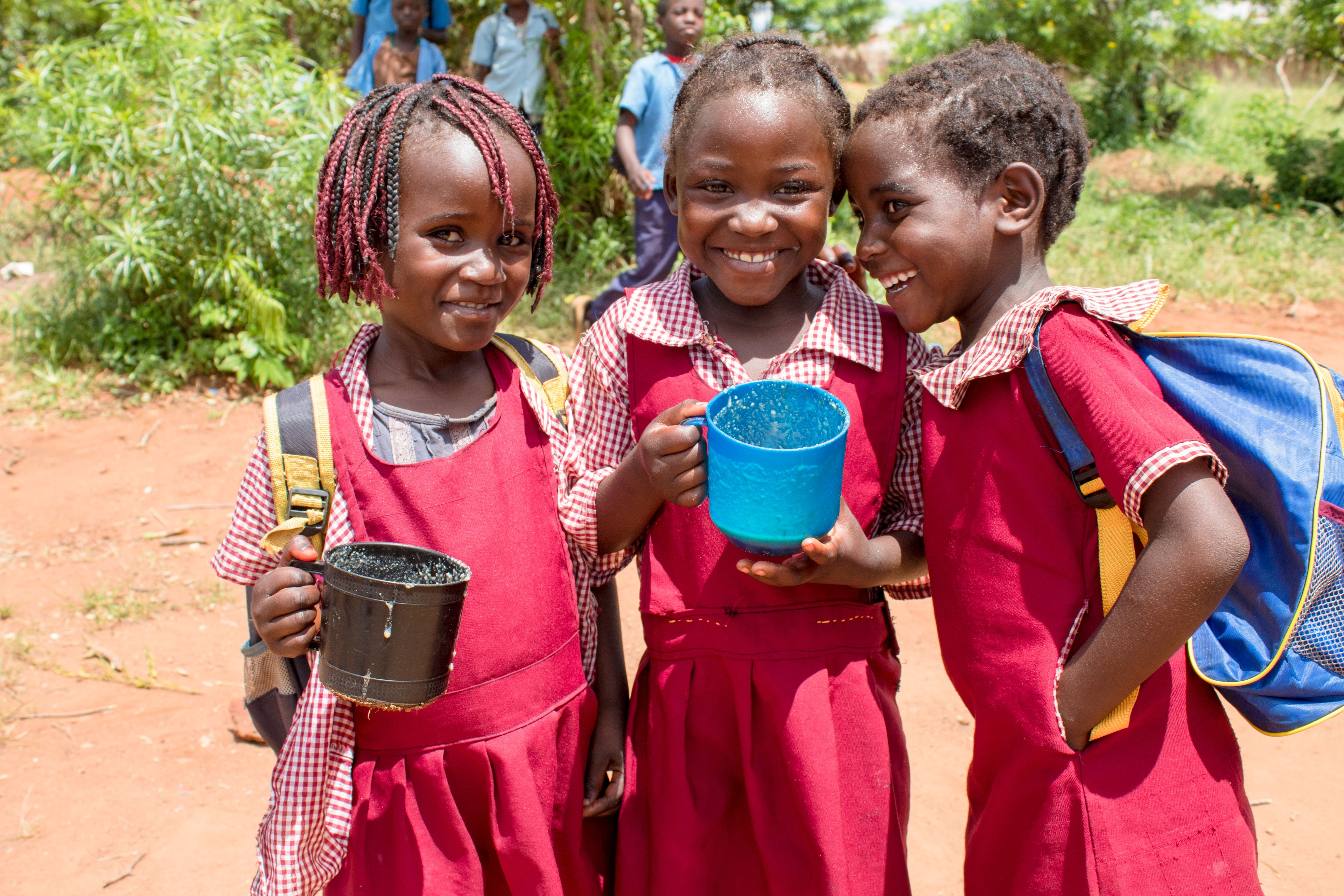 If you haven’t heard of Mary’s Meals yet, I am excited to introduce you to this amazing group of people using ingenious methods to end child hunger! Last month we sponsored the Abiding Together Podcast (which is always amazing!), after which one of our phenomenal new Rooted customers, Melissa, reached out to ask if we had ever heard of Mary’s Meals and the incredible work they are doing. Truth is, I first learned about Mary’s Meals about 8 years ago when a friend shared about the impact they were making and their method for addressing world hunger among children. I remember being totally impressed. Mary’s Meals works with local communities to start, run and operate feeding programs in communities where endemic poverty can sometimes mean families must choose between an education or children working in family farms/businesses to have enough to eat. One of the advantages of Mary’s Meals approach is that it removes this dichotomy. Families no longer have to choose between keeping their kids home to work or going to school. Feeding programs in schools, means this burden is lifted from the very poor in these communities and education and nutritional needs are both met. Beyond that, Mary’s Meals is committed to community buy in. Volunteers from these communities are the logistics team and provide the manpower to feed students. This means operational costs are kept low and as a result, more kids across the world get to eat each day. It also means that locals are true partners in feeding their community, and have buy-in, and get to see the fruit of their own investment of time and resource utilization. As someone who loves efficiency and great solutions, I love Mary’s Meals model! 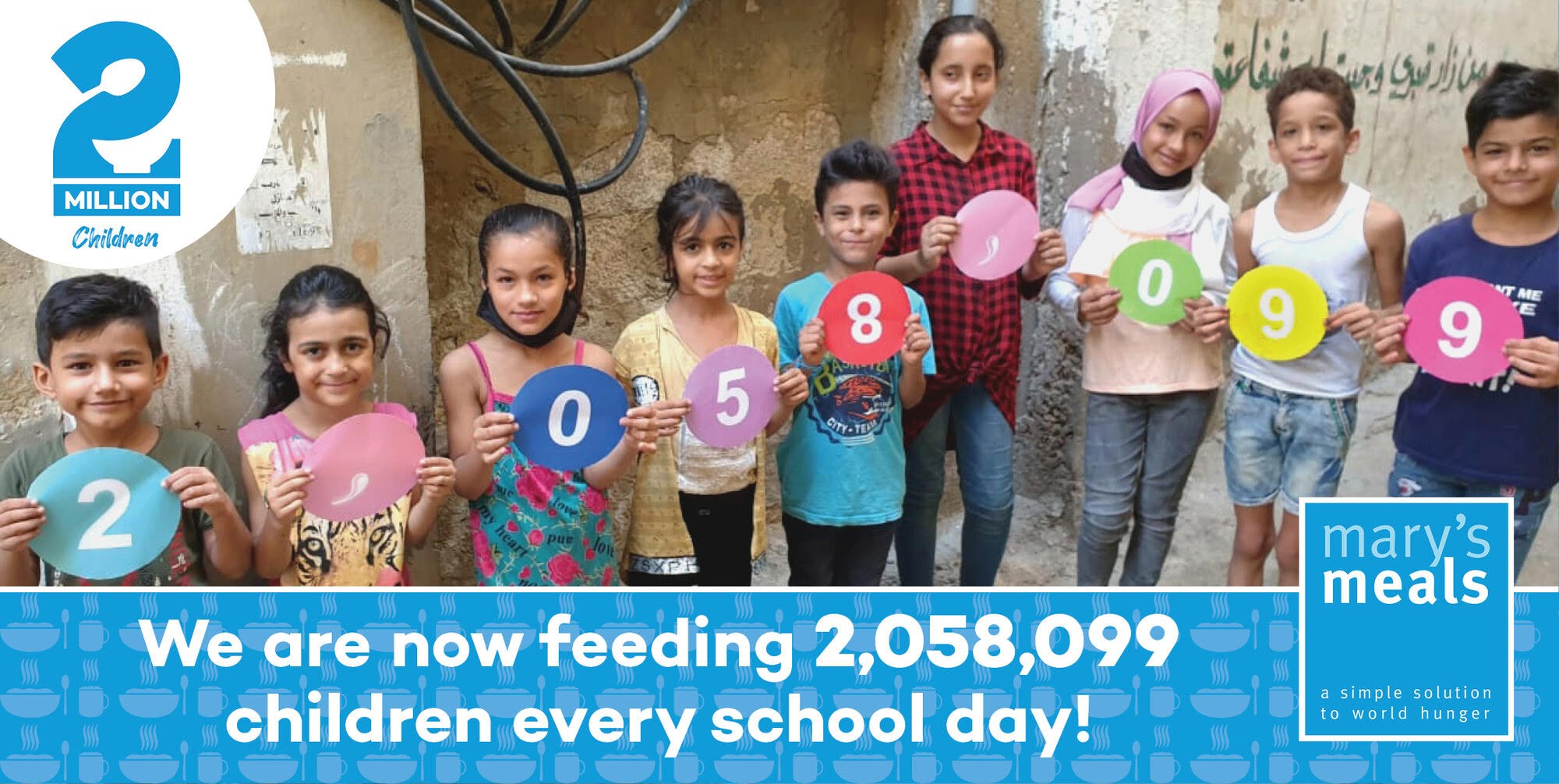 So, when Melissa suggested teaming up with Mary’s Meals, after considering and praying about the opportunity, we were eager to support the cause! We reached out to the team at Mary’s Meals and have partnered with them to support a feeding program in Zambia! Isn’t that exciting! We are hoping that the 10% and tips we raise from the sales of Rooted products this month will be enough to feed 100 kids for a whole school year. Help us spread the word and together we can bless kids in Zambia with food for an entire year!

We want to introduce you to some of the really amazing kids who your Rooted purchases will be supporting this month!

The world should be looking out for little Gibson Nonde from Zambia, because any four-year-old who has the courage and the motivation to enroll himself in school has the potential to achieve anything!

Through the window of Mshawa Primary School in the Kasenengwa district, the teacher would often see a small boy sitting alone, watching and waiting, all the while learning what he would need to join his classmates for food and lessons.

One morning Gibson woke early. He took a cup for his Mary’s Meals porridge and some books from his siblings and set off on the journey to school – a journey that changed his life. When the teacher looked out that day and asked him what he was doing there all by himself, he answered: “I have come to start school.”

She could only admire the persistence of such a young boy, when normally children would be brought for enrollment by their parents. The teacher welcomed him into class, where he eagerly found a seat and waited patiently for his meal.

The same teacher told us: “The Mary’s Meals school feeding program is what attracts children to the classroom.

“Especially in the lower grades, they are usually drawn to school for the porridge and in due course, as they are waiting to be fed, they learn and gain an education. In time, this education can become their ladder out of poverty.”

Gibson settled in with the lessons, paying attention to the teacher, but all the while asking when it would be time for his porridge. And all his observing of other pupils paid off at break time, when he rushed out, cup in hand, to queue up with his new-found friends for his long-awaited meal – he knew exactly what to do and where to go! And when he was asked how it felt to finally be part of school life, he smiled broadly and said: “I am fine. I have eaten porridge and I have books too.” Food changed the story for Gibson. 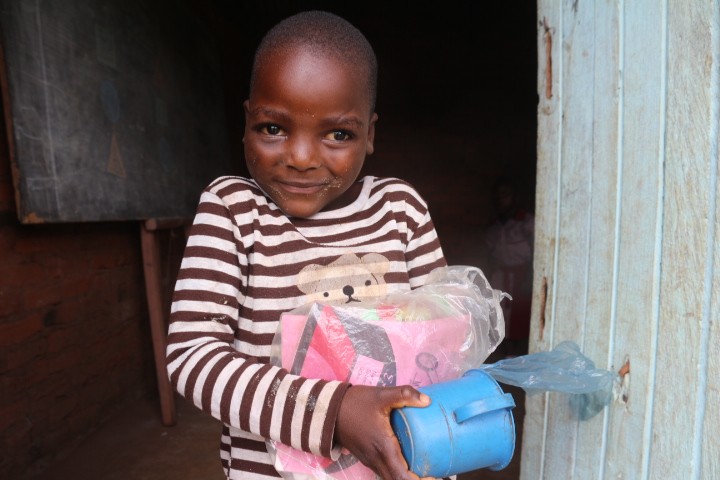 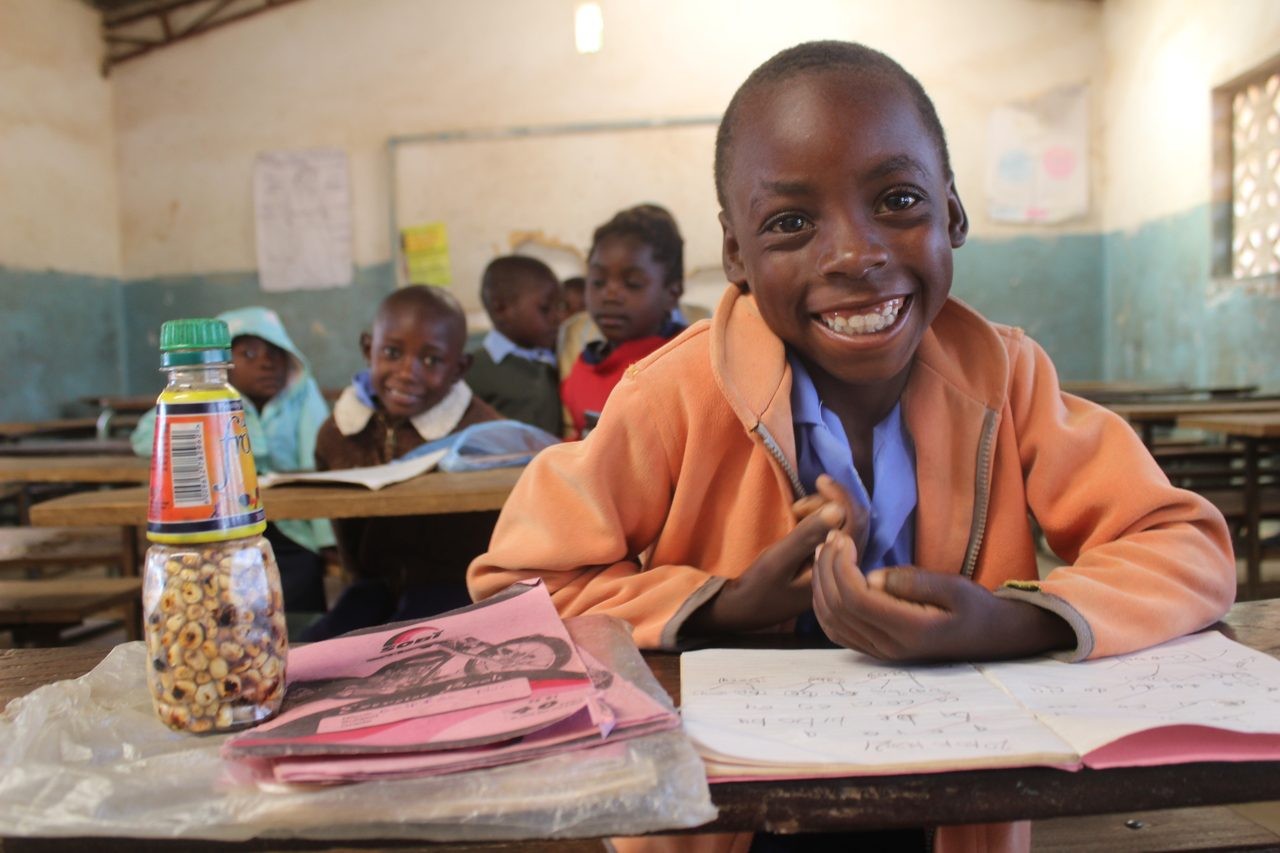 From Maize Grains to Porridge

Seven-year-old Beatrice attends Mzime Primary School in Katete district where she is working hard in order to help her achieve her dream of becoming a teacher. Before class and during break time, Beatrice used to eat roasted maize grains from a plastic bottle she brought with her. This is the only food she would eat while at school, as her mother cannot afford to provide anything else.

"When I felt hungry, I would eat this maize. When I eat too much of it, I usually have a runny tummy," she says.

However, Beatrice's school is one of 47 recently added to the Mary's Meals Zambia school feeding programme. Now, she no longer needs to carry the maize grains as she knows she will receive porridge every day at school. I feel happy to finally be eating porridge, it gives me strength."

“I love the porridge very much; it makes me feel energetic every time I eat it and it gives me strength to study for my upcoming exams with my friends.”

“When I finish school, I want to become a nurse because it’s a profession that will give me an opportunity to serve people’s lives and help take care of people who are sick”. 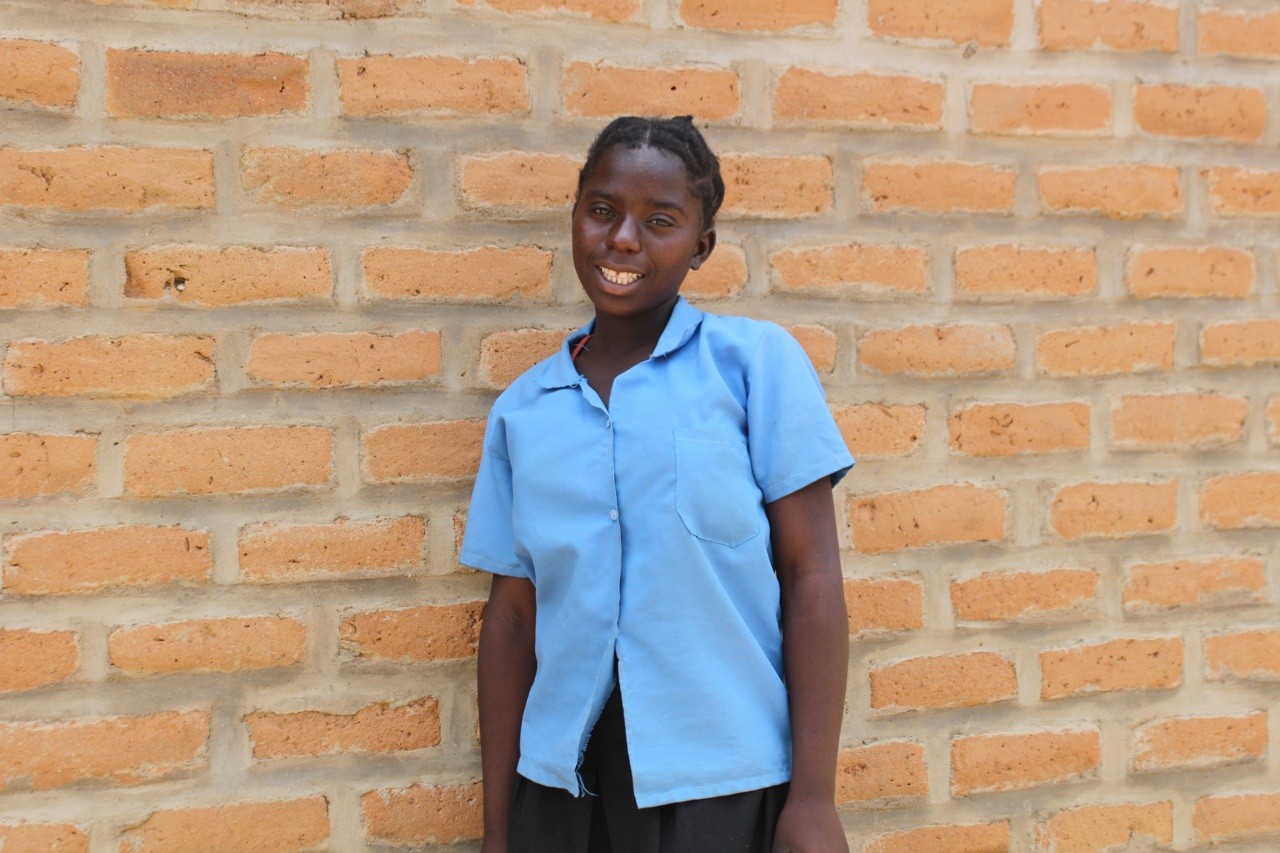 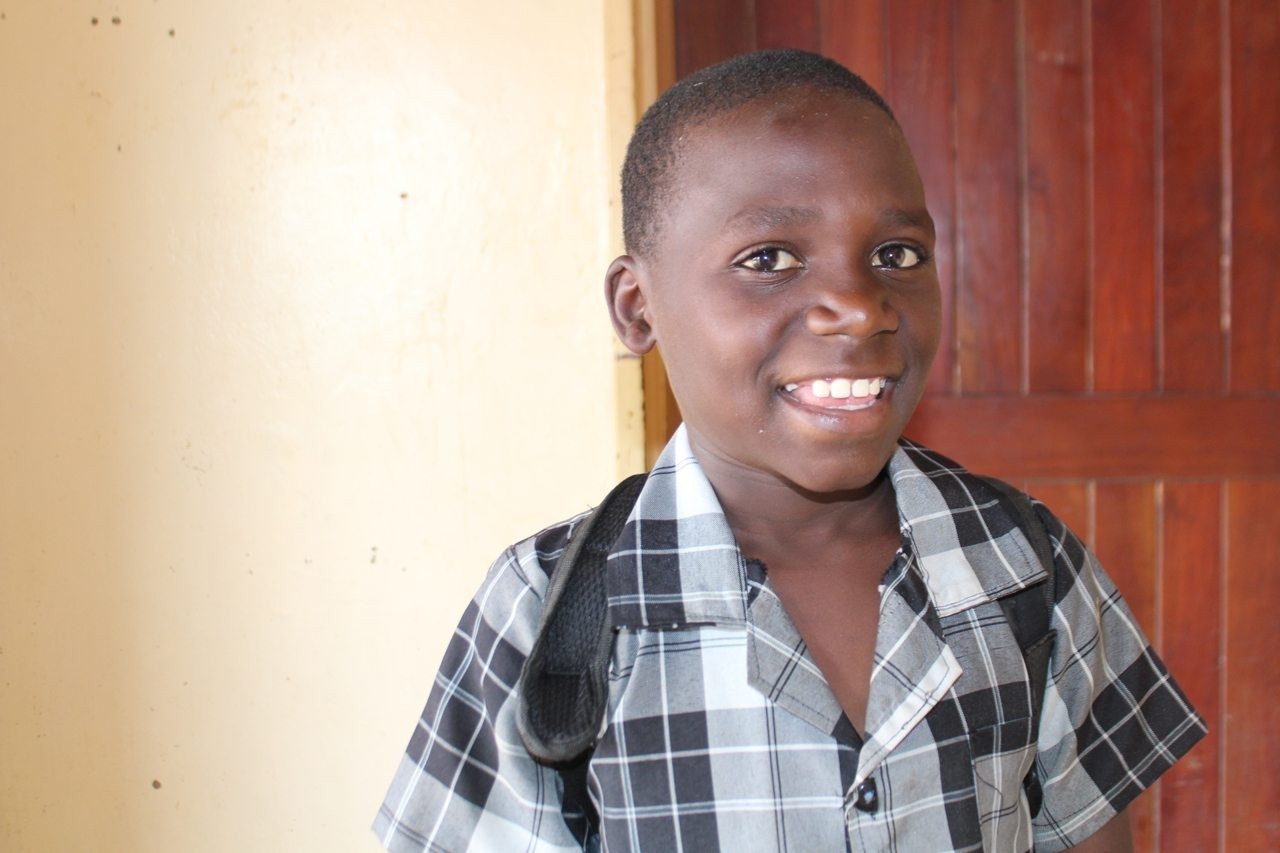 “I hope to become a policeman when I grow up. I am very happy to be back in school, I always look forward to eating the porridge. Pupils love the porridge; it gives us energy to concentrate in class.”

I love Mary’s Meals porridge. The porridge is nutritious. It gives me energy to positively contribute in class. The porridge has been very effective in improving my academic performance.

Many pupils come to school hungry because their parents cannot afford to feed them before coming to school. However, after Mary’s Meals porridge was introduced here at Chikungu Primary School, parents and community members were very happy to see their children concentrating on their studies. My hope for the future is to become a bank governor, I want to help the economy of Zambia.

I would also ensure that all my children are educated so that they will not have to suffer in life and get myself a nice car and a big dream." 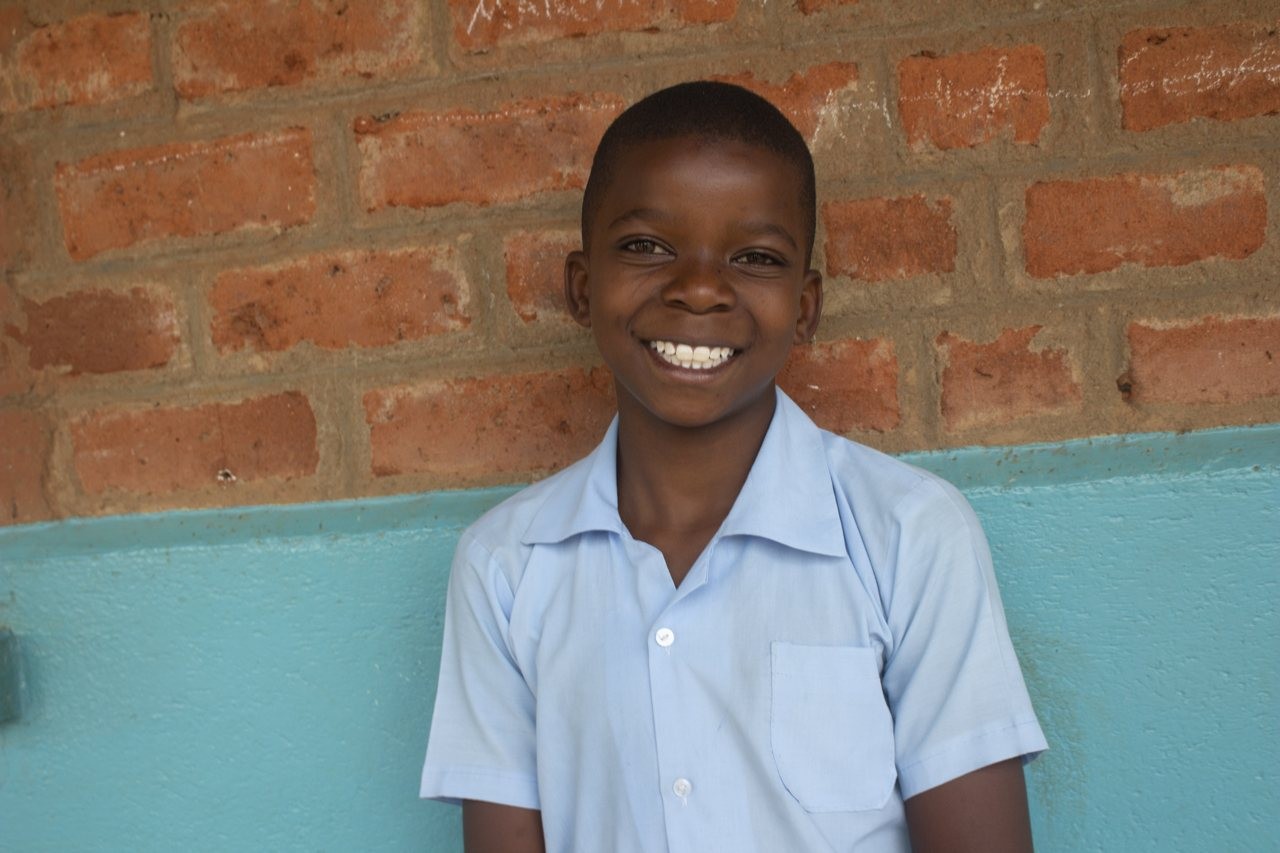 "Since love grows within you, so beauty grows. For love is the beauty of the soul."